Unvarnished: Housing Discrimination in the Northern and Western United States 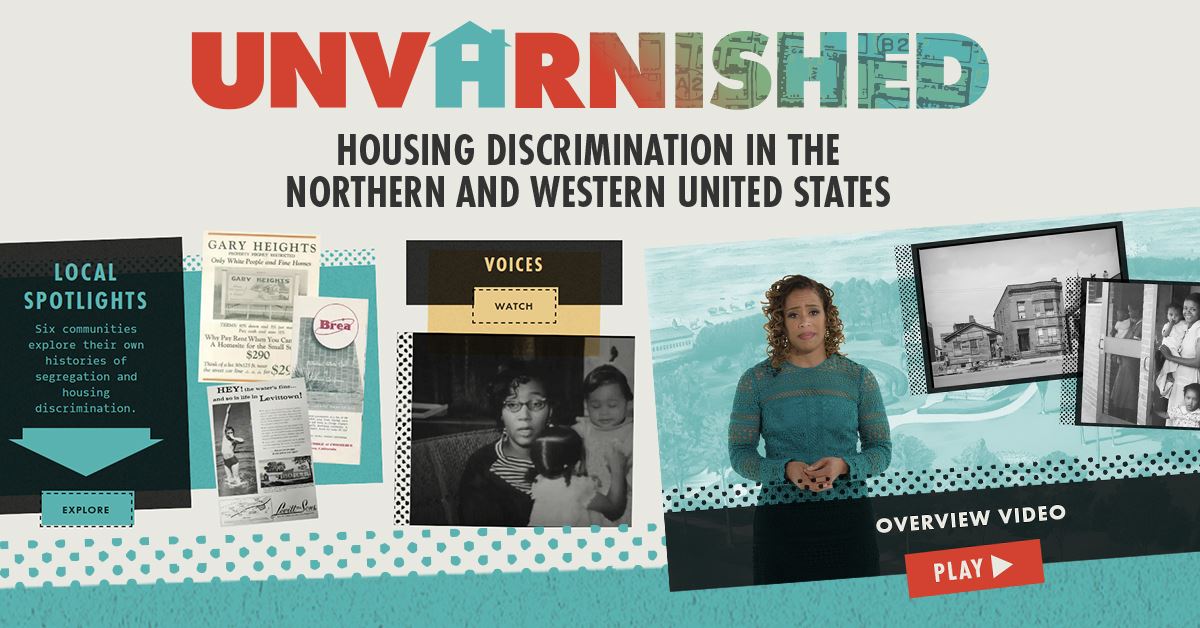 Unvarnished: Housing Discrimination in the Northern and Western United States is a free online exhibit examining the history of residential segregation in America by spotlighting six communities from California to Connecticut and placing their histories within a national context. Supported through an Institute of Museum and Library Services Museum Leadership Grant and the Healing Illinois Grant Program, a consortium of six history museums and cultural organizations from across the country collaborated from 2017 to 2022 to research and present their community’s history of exclusion. Online visitors will learn how housing discrimination often based on race, ethnicity, or religion was a large-scale system that resulted in segregation patterns across the Northern and Western United States that intensified over the twentieth century. Nearly two dozen interactive articles, accompanied by in-depth explainer videos, photos, interviews, and other primary sources, showcase how formal systems of segregation were developed through individual practices and expanded through federal policy, sustained over time, and continue to affect today’s communities.

In addition to the national context, visitors will examine how system-wide discrimination shaped the six communities in the Northern and Western United States including Appleton, WI, Brea, CA, Columbus, OH, Naperville, IL,  Oak Park, IL, and West Hartford, CT. By examining communities in these regions, the project aims to educate visitors and encourage every community to look at their own histories.

The project was developed and directed by Naper Settlement.

On January 1, 2022, a new state law allowing Illinois homeowners to remove racially or religiously restrictive covenants from their property deed for a small fee went into effect. These covenants, made illegal with the 1968 Fair Housing Act, are a legacy of housing discrimination. Join Naper Settlement's Curator of Research to learn more about the history of racial covenants and the process put in place by the new law to remove them from housing deeds. A person does not need to be a homeowner or a Naperville resident to attend.